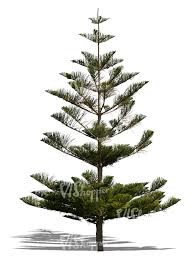 The Games Night in September sawa happy crowd gather to play cards and board games. It seems from the laughterthat Snakes and Ladders was the game of the night. A finger food supperprovided by villagers and a Drumstick rounded up an enjoyable evening.

COMING UP on SATURDAY OCTOBER 10th a WEBBER ROAST.  STEVE will be here with his WEBBER andcook us roasts of lamb and pork plus jacket potatoes.  Cost is $5 a head and ladies please bring asalad to share.  5.00 pm onwards with thebar opening at 5.30pm

TUESDAY NOVEMBER 3RD   MELBOURNECUP LUNCH we hope to bring you the usual sweeps and race games on the day.

RAFFLE DONATIONS.     TheSocial Club are looking for donations of Christmas food for a

Christmas Hamper Raffle the proceedsof which will go towards subsidising our Christmas Dinner.

Donations box is in the hall.Please support us.

REMINISCENCES of a Child in the Fifties.

I was 51/2 years old when Istarted school at what is now the Geraldton Primary School. Theoldest school in WA that is still being used as a school. Our home was a goodtwo miles from the school with no school bus but Mr Arnie  O‘Malley would take some of us children toschool in his work van, which, I think,  was previously a hearse.

Mum would pin a hankie onto myfront to save me losing it.

In 1952 Allendale Schoolwas built on land donated by Mr George Allen, a prominent local tomatoproducer. Now school was only a short walk away.

Early days at Allendale werecarefree; we built cubbies in the bush, played up the hill near where theGrammar School is now. We helped clear the school oval by forming lines andpicking up sticks, doublegees etc. On Arbour Day we each planted a tree andwere expected to water and care for it.

We competed with Bluff PointPrimary (now the Camp School) in Netball andSoftball and walked over the sandhills to the nearest beach for our swimminglessons.

Most of us children took ourlunch to school. Sandwiches wrapped in waxed paper and then put in a paper bag.No cling wrap or insulated lunch boxes. School canteens were unheard of but occasionally the parents would run atuck shop.

Free bottled milk was introduced duringmy primary years. Each bottle held about 200mls and there would often be a plugof thick cream on top of the milk. The bottles were sealed with a foil top thatwe washed and saved to make Christmas decorations.

A severe punishment for boys was‘sending to the headmaster’ for the cuts.  Some teachers threw blackboard dusters orchalk at us if we were inattentive.

One February day in 1952 I headedoff to school only to be told by a neighbour that the King had died and therewas no school that day. I cried, not for the King but because there was noschool,

Our first year of High School wascalled just that First Year. The girls navy pleated uniform was a greatleveller but ironing the pleats was a hated chore.

At school we were introduced tomany new subjects including languages, chemistry and biology. The boys didmetalwork, woodwork and technical drawing and the girl’s home science and art.

These are amongst my memories ofschool in the fifties.

A Pommy bloke and an Aussie bloke apply for a job on an Aussie ship ascrew. They both get down to the ship at the same time and the Aussie bloke letsthe Pom go first. The Captain is waiting at the top of the gangplank. “What canI do for you?” he asks the Pom. “I’m applying for a job” he says.. “Well, fillin your name and address and you’ve got one” the Captain replies.

The Aussie gets to the top of the gangplank and asks for a job.  The Captain tells him to fill in his name,address, drivers licence number and last three years’ work experience. “Younever asked the Pom for all that” He replies. “I’m an Aussie bloke and this isan Aussie ship. I shouldn’t have to give all that”.  “But, he’s got an honest face, a face that canbe trusted” says the Captain.

A few days later out at sea both blokes have a mop and bucket andcleaning the deck when the Aussie bloke sees this huge wave coming. He does thesensible thing, grabs his mop and bucket and hides in the superstructure. Afterthe wave has gone he goes running to the Captain yelling “Captain, Captain, youknow that honest Pommie bloke you hired, he’s just shot through with your mop andbucket!”

Two aliens land in the Arizonadesert near a gas station that is closed for the night. They approached one ofthe pumps and the younger alien challenges it to “Take me to your leader”.Naturally the pump didn’t respond. This made the young alien angry.

The older alien said “I’d calm down if I were you” but the angry youngalien ignored this warning and greeted the pump again. Still no response Pissedat the pump’s haughty attitude he tries again. “Greetings Earthling, take me toyour leader or I will fire”

The older alien warned his comrade saying “You probably don’t want todo that! It could make him mad” The young alien takes no notice, aims hisweapon and fires.  Of course there is anexplosion. A massive fireball roars towards the Aliens and the younger onebecomes a smoking mess and lands 200yards away in a cactus patch.

Half an hour passes and he regains consciousness, refocusses his threeeyes, straightens his bent antenna and looks at the older alien. “What aferocious creature” he exclaims. “He damn near killed me. How did you know hewas so dangerous?”

The older alien leaned over, placed a friendly feeler on his crispyfriend and replied. “If there’s one thing I’ve learned during my intergalactictravels is you never mess with a guy who can loop his penis over his shouldertwice then stick it in his ear”

GOOD to see the birthdays back on the calendar. If you have abirthday or anniversary this month then best wishes. Have a great day.

VILLAGERS on the sick list. A speedy recovery to all.

CONGRATULATIONS to all those green fingered gardeners in thevillage for a lovely bright show of spring flowers.